A personal logo for the No. 1 in the world 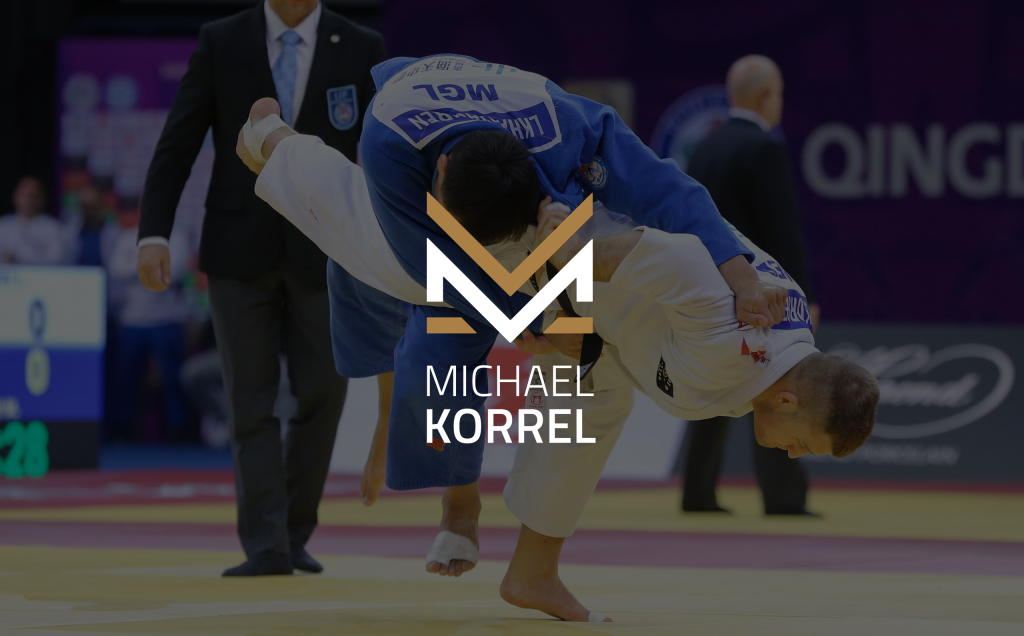 A personal logo for the No. 1 in the world

The famous graphic designer Michael Bierut once said: a logo is really just "An empty vessel that you pour meaning into."

In other words, a logo only becomes meaningful if you fill it with a story and thus attach a certain value to it. Otherwise it just remains a picture, resulting in the well-known discussion whether we like it or not. The latter is in any case relative.

The story, that's what it's about. In the specific case that this blog is about, the story so far is good:

Imagine a little boy who goes to a judo school with his sister and immediately becomes very enthusiastic about the sport. At the age of six, he therefore immediately expressed his wish to one day become world champion judo. From the moment he started playing judo, everything in his life was dominated by this sport. Adapted food and training, training and training again. Always wanting to improve and challenge themselves. Stepping out of your comfort zone, both physically and mentally, while trying to be yourself. Together with judo buddy Frank de Wit he entered the senior circuit and together they won the first medals at the Grand Prix and Grand Slams. We are now a few years later and this boy is a huge hunk of around 100 kilograms and, as we speak, he is the world's No. 1!

We are talking about the top judoka Michael Korrel.

Goal for the coming year: gold at the Tokyo Olympics, because that's what we're talking about. What is needed for that: a tight schedule with everything Michael has to adhere to, a game plan. And tactically as he is, it is very important that he adheres very sharply to this plan. It greatly increases the chances of success.

In addition to a game plan for gold at the Games, Michael has designed another game plan for himself. A game plan to market itself as a brand. Both on and off the mat, Michael wants to play a meaningful role for brands and companies that want to commit to him. Call it a professionalization move.

But you are not just a brand. This is where the second game plan begins. Start by properly mapping yourself. Who am I? What do I stand for? What values ​​do I use for myself? How would I describe my character? We have come to answers to these questions through various sessions and conversations with Michael. It provides valuable new insights where Michael said he got to know himself even better than he thought.

All these insights were processed into a document that we now call a DNA Passport. A passport where insights, information, logo, house style and stories of loved ones come together into a unique document. A document that takes you further. Like a real passport, it is your gateway to new terrain.

On the front of this passport is his new logo, based on the initials of his name. An M and a K are interwoven in such a way that a judo mat is created with a downward arrow above it built up from the slanting parts of the initials. Take a look yourself. In other words, if you stand on the mat opposite Michael Korrel, you go down. In fact, you go through the mat.

The symmetry and simplicity of the logo immediately appealed to him. For a moment he was afraid that we would come up with a silhouette of a cheering judoka. As you can see so much, he still said. Not distinctive. Fortunately, at MediaTribe we don't do clichés. It was about the story, remember? If you start from an authentic story, you never end up with something cliché. If you communicate from your DNA, you are distinctive at all times.

For me personally, it was the first time that I was allowed to design a logo for an Olympic athlete. I thought it was a special experience because who can say that? My quest for the ultimate logo was a matter of taking on the challenge. Make the journey with all the information and personal preferences we had gathered around Michael in mind. Michael is a tactical athlete, a thinker. And I recognize that from my own role as a designer. You want something clever in it. Something unexpected. Something people say: how then ?? Play with shapes and colors. Looking for tantalizing compositions on my screen, on my mat. All weak versions gradually disappear outside the screen until that one logo with the right essence remains in the middle!

And now on the farmer, on the paths, into the avenues. Advancing the Michael Korrel brand. Make it known so that everyone knows who Michael Korrel is. So that companies will say: I want to attach my brand to that because we share the same values. So that new partnerships are created and ambassadors are created. You do something like this together, each based on their own expertise, because this cannot be done on your own.

Just like you can't do judo on your own